I love this time of year when things have finally greened up outside but the weather hasn’t turned hot yet, so I’m trying to take advantage by getting us outside as much as I can muster the energy for. 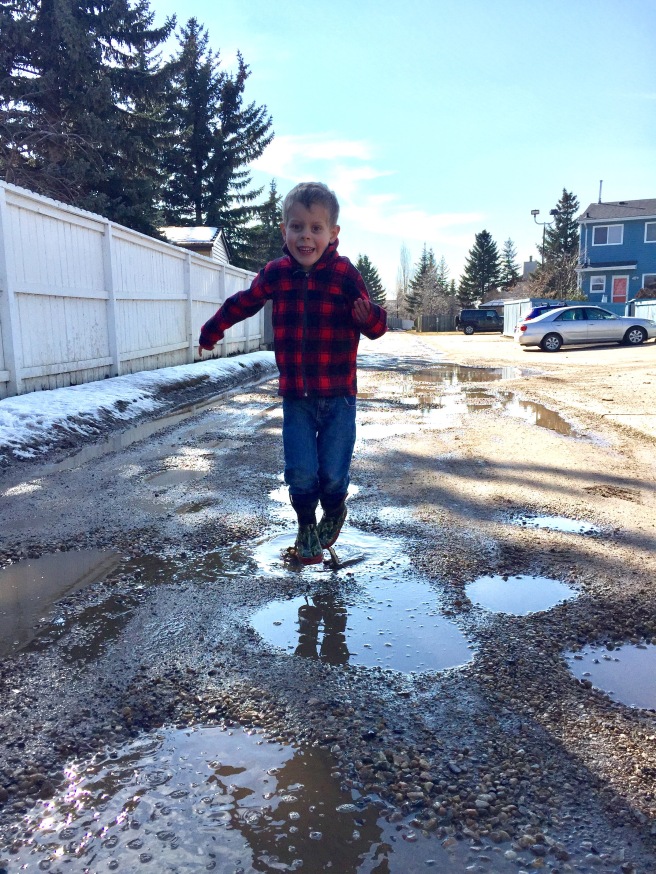 Warm weather means puddles! Puddle jumping is possibly Wyatt’s most favorite thing in the whole world. He loves to put on his “rainbow boots” and go for walks.

The path into the ravine by our house finally dried up from all of the snow-melt, so we’ve been down there on a few adventures. I’m so happy to live so close to some nice walking trails, I have dreams of spending many hours down there this summer- exploring, picnicking, going on treasure hunts. 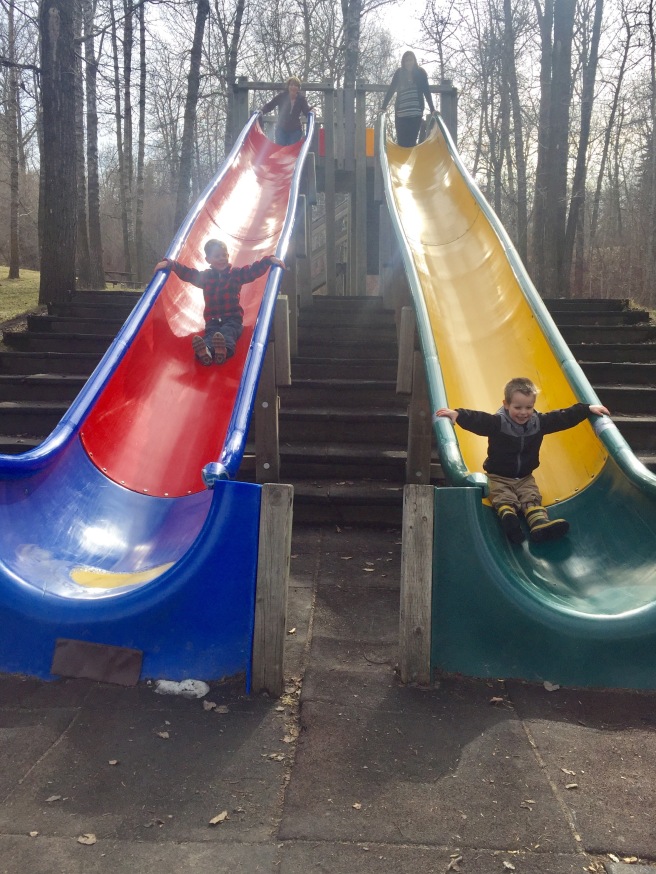 One of the things my kids are most excited about for spring is going back to our favorite park- Kinsman. Its down in the river valley surrounded my mature trees and with a view of the High Level Bridge. The kids love it for its fun play equipment. Just check out those slides!

Last week we took our first camping trip of the season. We drove up to Jasper the day after John got home from work and spent two nights. I wouldn’t say it was an especially fun camping trip for me, but the boys sure had lots of fun. They love everything about camping- the fire, the s’mores, sleeping in tents, playing outside with sticks and bugs and rocks, going on little hikes. Its a little boy’s paradise. 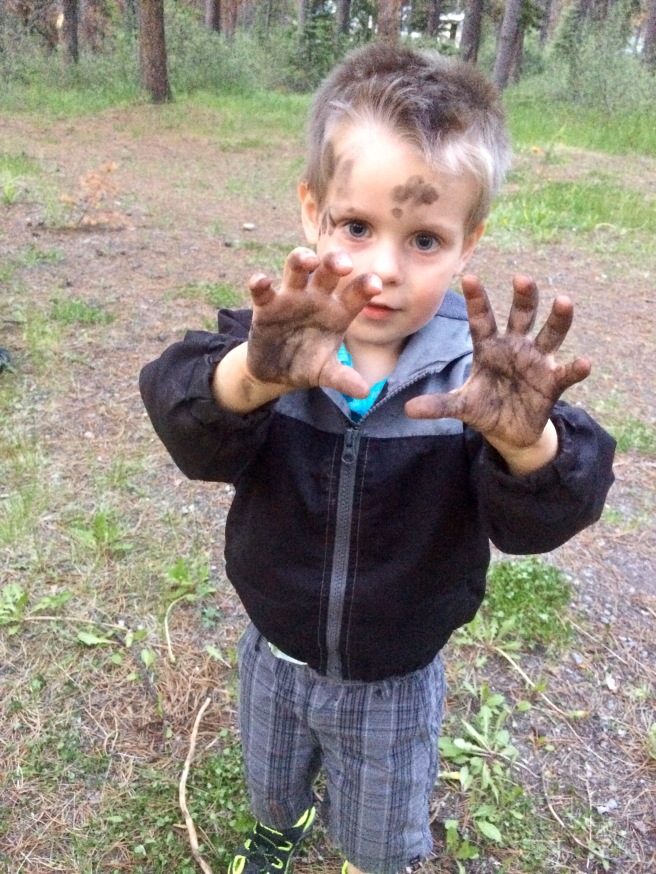 As Daddy and I were setting up the tent, the boys got busy poking sticks at the charred firewood. We didn’t realize how hands-on Wyatt got with until he came to show us his dirty hands.

Don’t be fooled by how peaceful and snuggley they look. Neither of them slept very well. They kept kicking their extra blanket off or rolling off their pad and getting cold, or else waking up scared. We kept a little lantern on right next to them for a night light the whole night long, but still John and I were up every few hours with one boy or the other both nights.

However, they woke up chipper and well-rested in the morning, so the night’s were easily forgotten as we went about our days’ adventures.

We did a few short hikes (or walks, depending on your perspective), both to see different waterfalls. The above two photos are taken in front of Athabasca Falls, or Askabasca, as Porter says. The boys were absolutely beside themselves over the waterfall- it was the coolest thing they had ever seen! It was a little cold and rainy, so we didn’t linger too long. 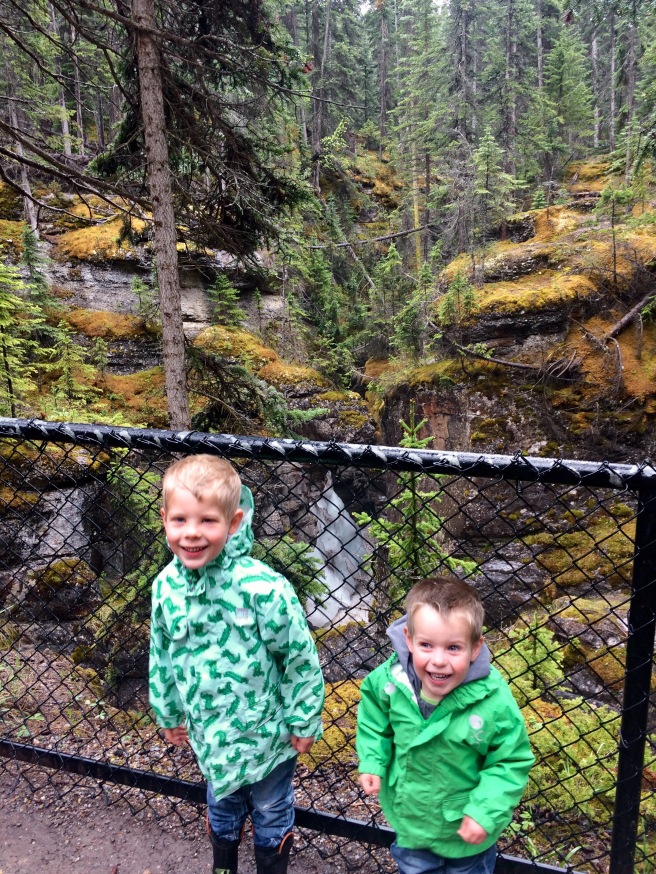 We also hiked a bit of Maligne Canyon. We started at the top and went as far as the falls, stopping along the way to look down into the canyon or at all the worms that we found along our path. Porter suffered from really bad allergies while we were camping, so in this pictures above you can sort of see that his eyes were a little swollen. They got so bad he could barely see out of one of them, poor guy!

One thought on “Spring-time adventures and our first camping trip”