We’ve completed the first three weeks of homeschool kindergarten! Woohoo! So far its been so much fun. We spent the first two weeks easing into things and doing a sort of dinosaur unit study. (I use that term loosely, because basically all we did was read dinosaur book and do dinosaur crafts and watch dinosaur shows.) It was fun, we established a routine (which was the priority), and learned a few things about dinosaurs too.

Obligatory first day photo op! Wyatt is tagging along everything we do, so he tagged along for the pictures too.

We had so much fun playing with our rainbow pebbles, which I included in our morning basket the first week. 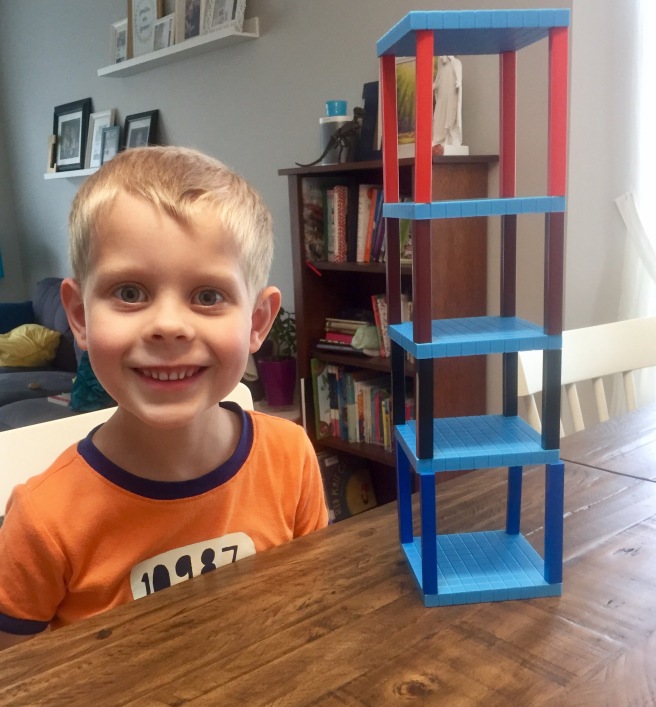 We also had fun playing with our Cuisinaire Rods for math. I’m adding a little more structure to our math later, but this week we just played with manipulatives. 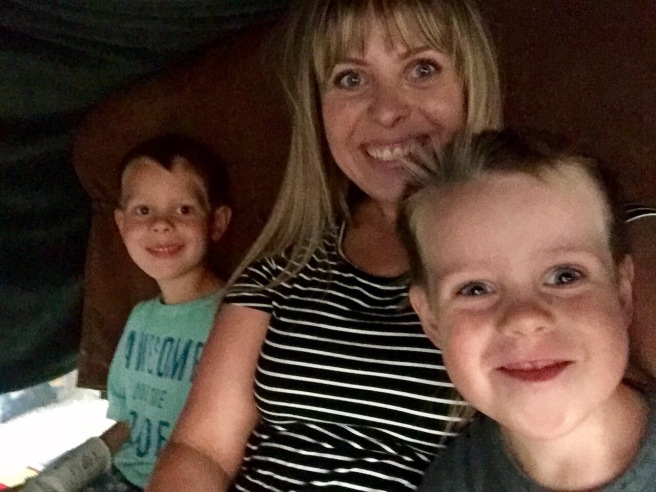 We watched an episode of Dinosaur Train in the fort we built together because… why not?

We read this book and did this craft. The books was such a fun read the boys requested it a few times that week. Wyatt’s is on the left and Porter’s on the right.

We also pretended to be paleontologists while digging up a t-Rex skeleton. This was probably the boys’ favorite thing we did!

Here are some of our favorite books and our complete t-Rex. Not pictured are the one we borrowed from the library: “If the Dinosaurs Came Back” and “I’m a Dirty Dinosaur”. 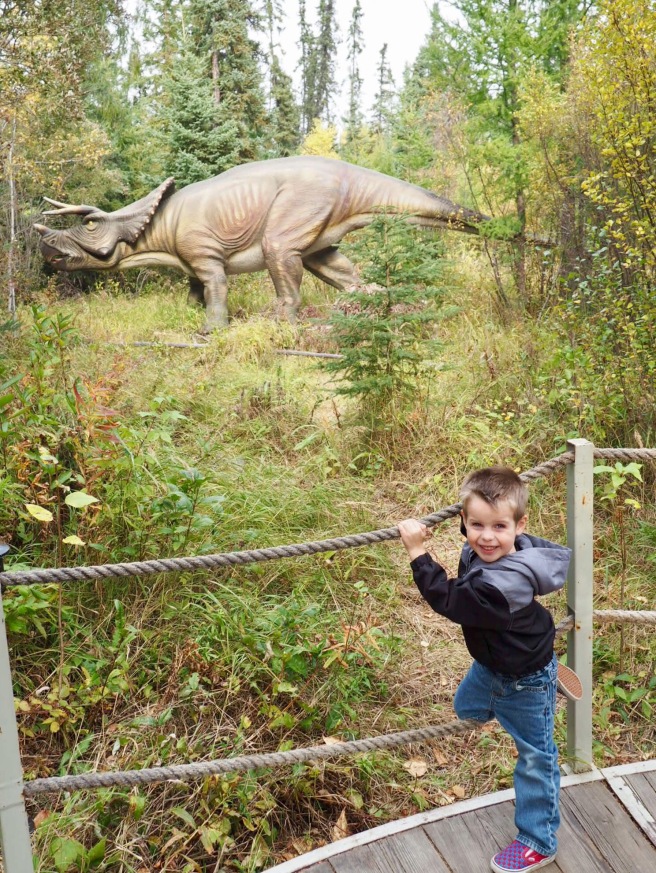 At the end of our dinosaur study we took a field trip to Jurassic Forest to see some of their animatronic dinosaurs. It’s a really cool park- you walk along the boardwalk and you happen across groups of dinosaurs along the way. It was a great way to wrap up some of our learning. Porter’s favorite was the apatosaurus and Wyatt’s was the triceratops. 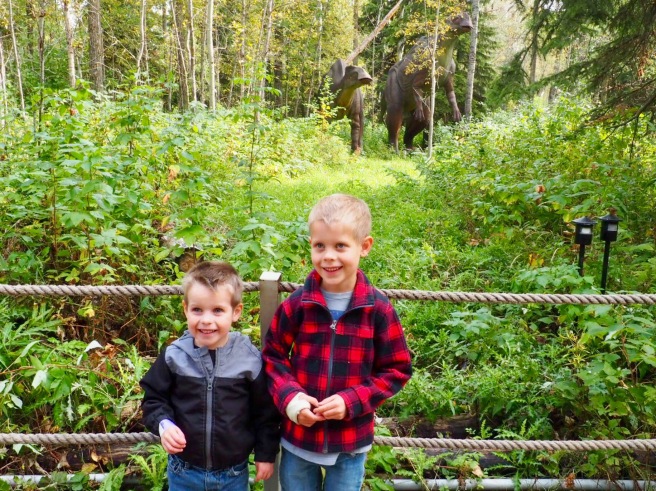 Overall a great start to our homeschooling adventure!

One thought on “Our first few weeks of homeschool”